On the 14th of June 2019, a ceremony took place within the school to unveil a plaque commemorating the deported students of École Violet (now EIGSI), an engineering school which once stood (from 1912 to 1982) in what is now the blue courtyard of our school’s 70 Rue du Théâtre campus. 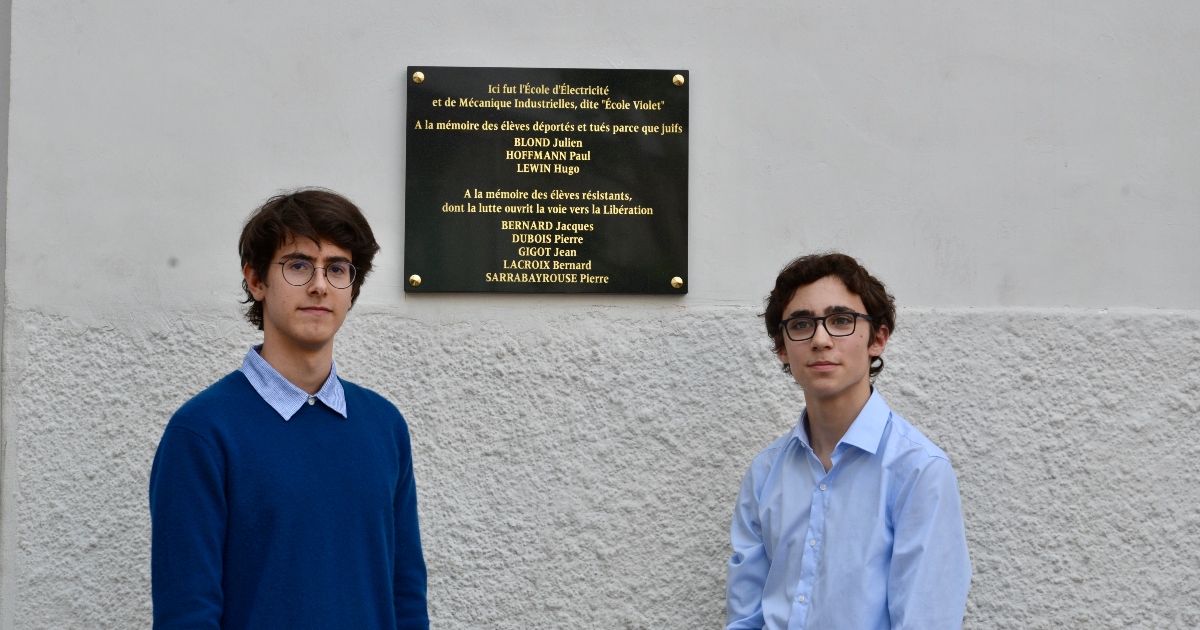 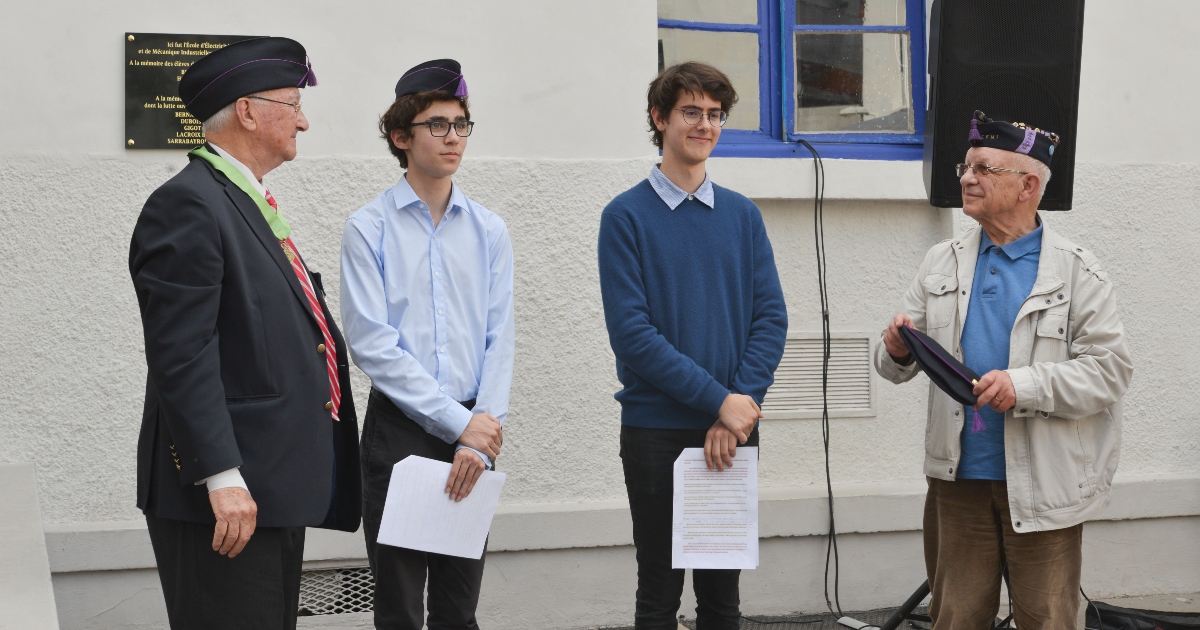 This plaque is the result of a research project led by two seconde students, William Boucher & Axel Delmas, who undertook extensive archival research to identify students at École Violet that were deported because Jewish or because they were members of the French Resistance. William and Axel presented their findings in the format of a film which they submitted in the 2018-2019 Concours National de la Résistance et de la Déportation (CNRD).

The ceremony was attended by Mr. Rivière, Vice-President of the VIOLET-EEMI-EIGSI Alumni Association, and Ms. Jedinak, Chair of the Tlemcen Committee. Mr. Clair, a descendant of Bernard Lacroix, a student resistance fighter deported from École Violet, was also present. Axel and William both received a ceremonial cap from Mr. Rivière with the golden bee badge, an honor bestowed on EIGSI graduates who stand out for their contribution to the school’s reputation.

Our congratulations to William & Axel for their impressive work. Their commitment to this project is typical of the creativity and dedication of all our students at École Jeannine Manuel.